When I first started dyeing wool, I thought that blue could only be obtained from indigo and woad, both of which I would have to buy on the internet. However, when I was trying to find a good way of making green, I stumbled across this blog, where a nice lady called Cynthia somehow makes a beautiful green dye using dried black beans. I used almost the exact recipe (apart from the amount of beans, which I just guessed), and discovered my first blue. 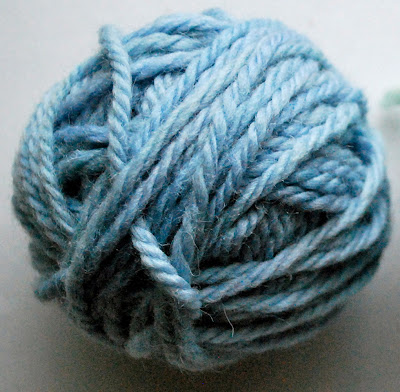 I can't be exact while describing how I made this colour, because I never weighed the beans or measured the amount of water I used. Silly me. However, after creating the second, darker type of blue (below), I realised that the concentration of the dye was more important than the weight of beans that I used. For both colours I used alum as a mordant. (See this post for a tutorial on preparing yarn for dyeing). 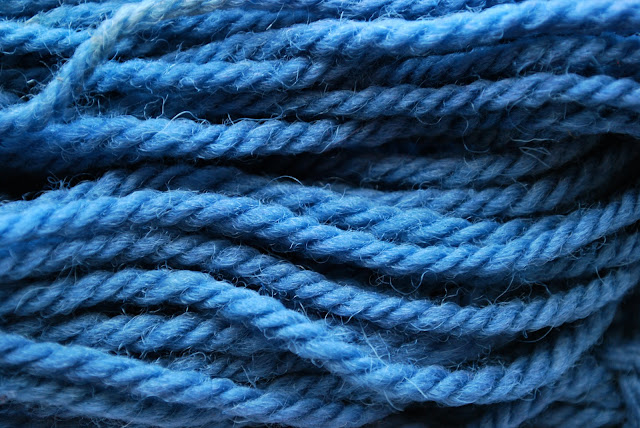 For the light blue, I used approximately 150g of beans and spread them across the bottom of a large tupperware tub (about 7" x 12"), then I added about an inch of water. I soaked the beans for 12 hours, drained the water and put it to one side, then added another inch of water. I drained this water also and used both lots together to dye 25g of wool. After about 12 hours I added another 25g skein of wool, and a few hours after that I added yet another 25g skien. The first skein was soaked for about 24 hours, with the others removed at the same time. They all came out almost exactly the same colour.

For the dark blue, I used about 100g of beans in a much smaller tub. This one was about 6" x 8" (a typical Chinese take-away tub if you live in the UK) and only just one inch deep, so I filled it almost to the top and followed the same process of soaking the beans for 12 hours, twice. This time the amount of liquid I ended up with was just over a jarful, so not very much. I soaked a 25g skein of wool for 48 hours. The jar was also in sunlight for part of the day (when I made the other blue there was barely any sun) so this may have had an effect on the intensity of the colour, but I think it's more the fact that the dye was more concentrated. 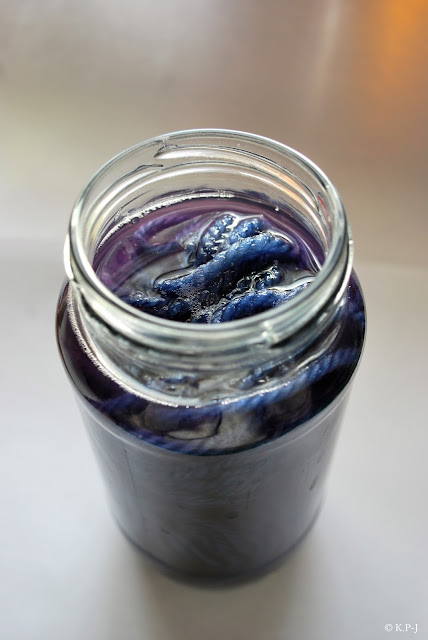 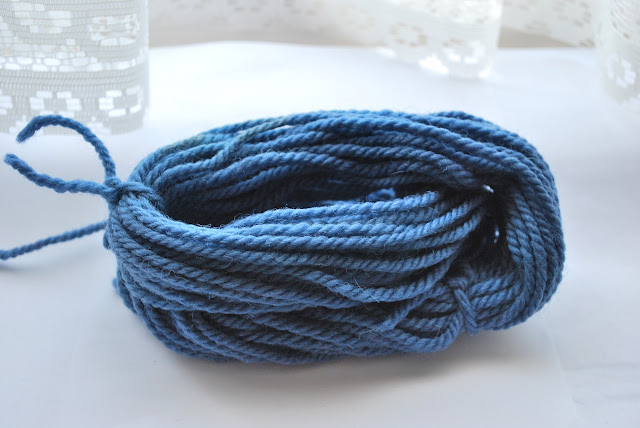 As usual, leave a comment if this isn't clear enough and I will do my best to help!